FROM: The Office Of Multicultural Affairs and Diversity Education
RE: Celebrate Hispanic Heritage Month- September 15 - October 15- The Day of the Dead: The Remembrance of Family
Sent: 9/16/2019 10:32:40 AM
To: Students, Faculty, Staff 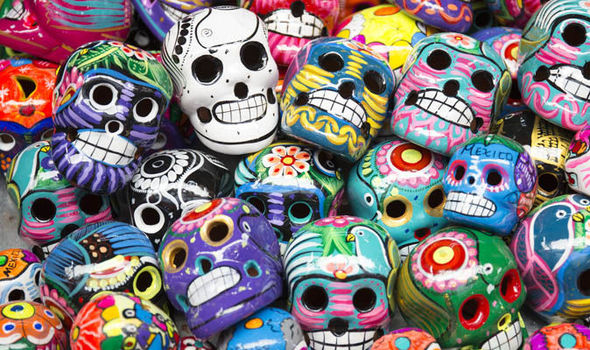 Day of the Dead: The Remembrance of Family

Throughout the life cycle, there are those who fear death. The loss of a friend, family or loved one is a challenging one to address. However, in Mexican culture—specifically in the southern and central regions of Mexico— death is celebrated as a natural part of the life cycle. This celebration is known as Dia de Muertos, or Day of the Dead. Beginning on October 31st and ending on November 2nd of every year, Day of the Dead celebrates deceased family members through ofrendas, which are private altars, decorated skulls called Calaveras, an assortment of Aztec marigolds, which are plants in regions of Mexico, and an assortment of favorite foods and beverage of the deceased. Mictecacihuatl, the Aztec queen of the underworld, is believed to be where the celebration of the deceased originated. Dia de Muertos wasn’t particularly celebrated until about the 1900’s, as different traditions took place. Now, the holiday is recognized as a national Mexican holiday, as it has been since the 1960’s. Pixar’s 2017 film Coco revolves around Dia De Muertos and was a sensational movie. Cal U’s Hispanic Student Association, under the guidance of Dr. Andrea Cencich, celebrates Dia De Muertos on campus every year, so look out for the opportunity to participate in events!   ~F. Rivera

For more information on Day of the Dead: