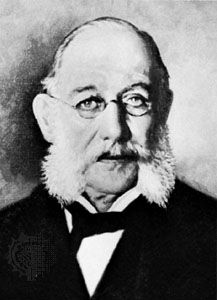 There have been notable Hispanic performers and individuals who specialize in the arts; however, less-known are the Hispanic individuals, such as the late Carlos Juan Finlay, made his mark in the scientific world. Born in Cuba, December 3rd, in 1833, Finlay, a Cuban-born epidemiologist, made waves in the medicinal world with his discovery of where yellow fever originated.

Finlay contracted cholera and typhoid fever as a young adult, making it understandable why he was drawn to the study of disease. When the University of Havana denied his academic credits from different countries, he transferred to the U.S. in Philadelphia to study. Finlay got to work in the 1870s, and it was in '81 that he crafted his yellow fever theory that mosquitos were the primary carriers of the disease. After a well-received presentation and subsequent research, Finlay's theory proved to be accurate, and his findings led Finlay to the role of chief health officer of Cuba for seven years (1902-09). As an indicator of what his findings did, Finlay's success with yellow fever at the time was comparable to the cure for smallpox. Finlay's yellow fever theory also helped with the construction of the Panama Canal, since before the conclusion, workers each year would pass away from either malaria or yellow fever. Although Carlos Juan Finlay's work was overlooked work, for several years, eventually, it had a profound impact on the world. ~F. Rivera