Play to Explore Serious Side of High School Experience.

Department of Music and Theatre to present 'Heathers' April 12-14 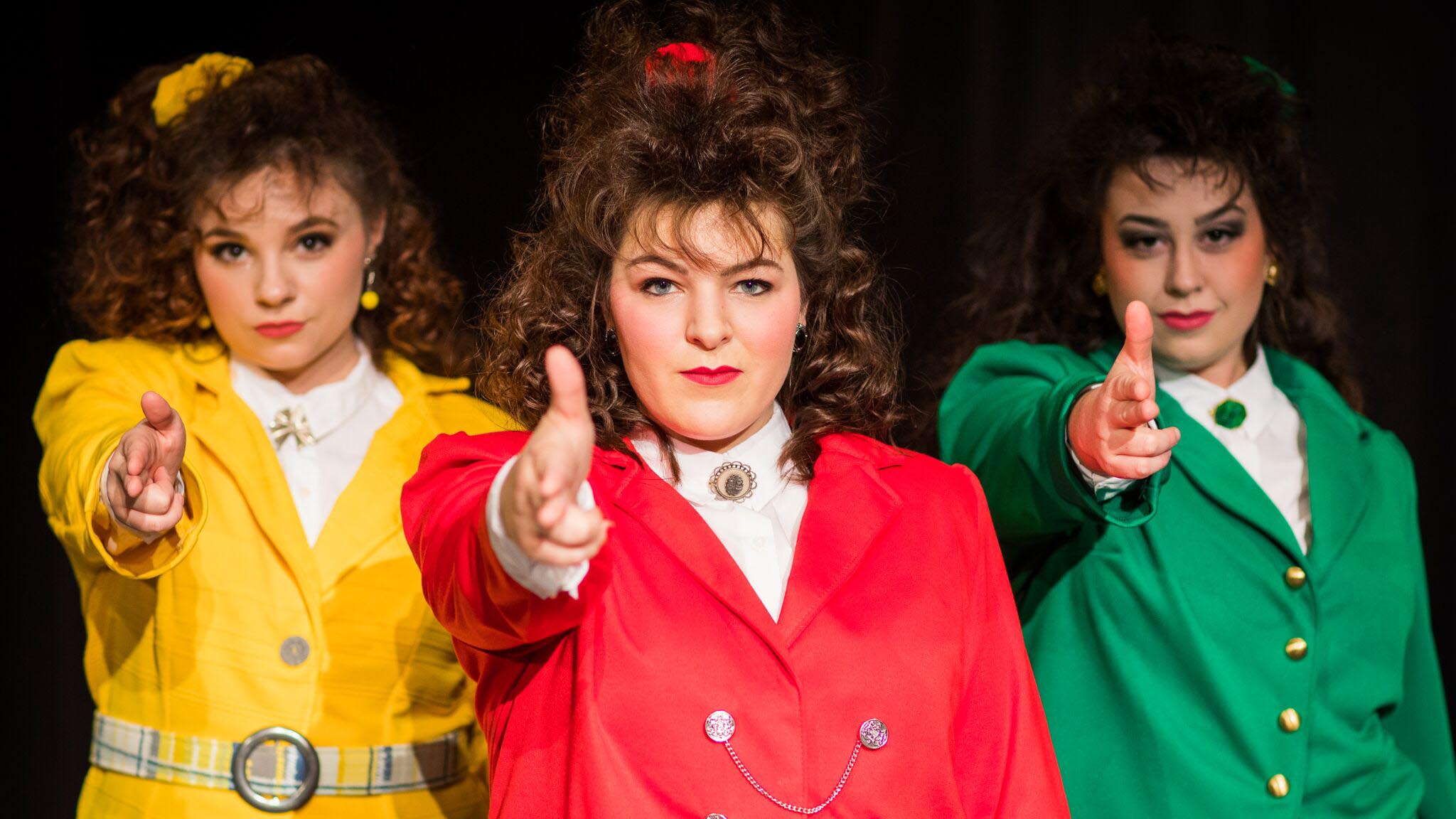 One student was bullied. Another was shamed. One came out as gay and was shunned by his classmates. One had a friend who took her own life.
Theater students at Cal U are digging deep as they prepare for a production of Heathers: The Musical April 12-14 in Steele Hall.

"The show is unapologetic, blunt and graphic," says its director, Dr. Michele Pagen.

It follows Veronica Sawyer, a 12th-grader, as she navigates her final days in high school. Although the show has many upbeat musical numbers and comic characters, it also depicts bullying, social shaming, eating disorders, suicide, school violence and other serious issues.

"It's a modern musical that speaks to our campus community, to students who are here," Pagen says.

To help put the production in context, especially for high school audiences, a six-minute video will be shown before each performance. It features nine members of the Heathers cast who share their own accounts of high school misery.

The message: Hang on. You're not alone. High school can be hard, but things do improve.

Student audience
With University support, the Department of Music and Theatre regularly invites school groups to attend its performances. Pagen didn't want to miss that opportunity, but says she felt "an obligation not to leave anyone in a vulnerable position."

So she and her students turned the school performance into a daylong exploration of high school culture's darker side.

"We hope to let (students) know there are places where they can have these conversations, and it's OK to talk about it," Pagen says.

On April 13, teens from Albert Gallatin and Ringgold high schools will arrive on campus for a talk by Abbey Sager, founder of the Diverse Gaming Coalition. The organization uses pop culture as a springboard to oppose bullying and harassment in real-life and online communities.

After the talk, the teens will watch the musical and the theater students' video. Over lunch, they'll hear a panel presentation by Cal U faculty with expertise in sociology, counselor education and academic services: Dr. Elizabeth Larsen, Dr. Emily Sweitzer, Dr. Elizabeth Gruber and Marnie Hall.

Study guides distributed before the visit present facts about tough topics and connect teens with text-lines and other online resources. Students from Cal U's counselor education program will sit at the lunch tables and stand by during the performance and panel discussion, ready to offer support.

Amid all the darkness, students are looking for light. The day's theme is #ThatCouldBeBeautiful, taken from a line in one of the show's musical numbers.

It speaks to the hope that even in difficult times, things will get better.

"There's a song in the show with the phrase 'we could be beautiful,' and we are putting our own spin on it with our theme," says graduate student Amber Kirschner, who is studying clinical mental health counseling.

She and counseling student Jessica Jacobs helped to organize the event.

"We hope that this day will be helpful and hopeful for students, so they can see that life does get better and can be beautiful," Kirschner says.

The musical is based on the 1988 cult-classic film written by Daniel Waters. The book, music and lyrics are by Kevin Murphy and Laurence O'Keefe.

Ticket price is $12. Students with valid CalCards are admitted for 50 cents; a $5 deposit will be returned when the student attends a performance.
The public also may attend the talk by Abbey Sager, founder of the Diverse Gaming Coalition, at 8:45 a.m. April 13.