New Roles for an Old Tree

The majestic Kentucky coffeetree in the Quad has reached the end of its lifespan. But its limbs – and its progeny – will live on at Cal U. 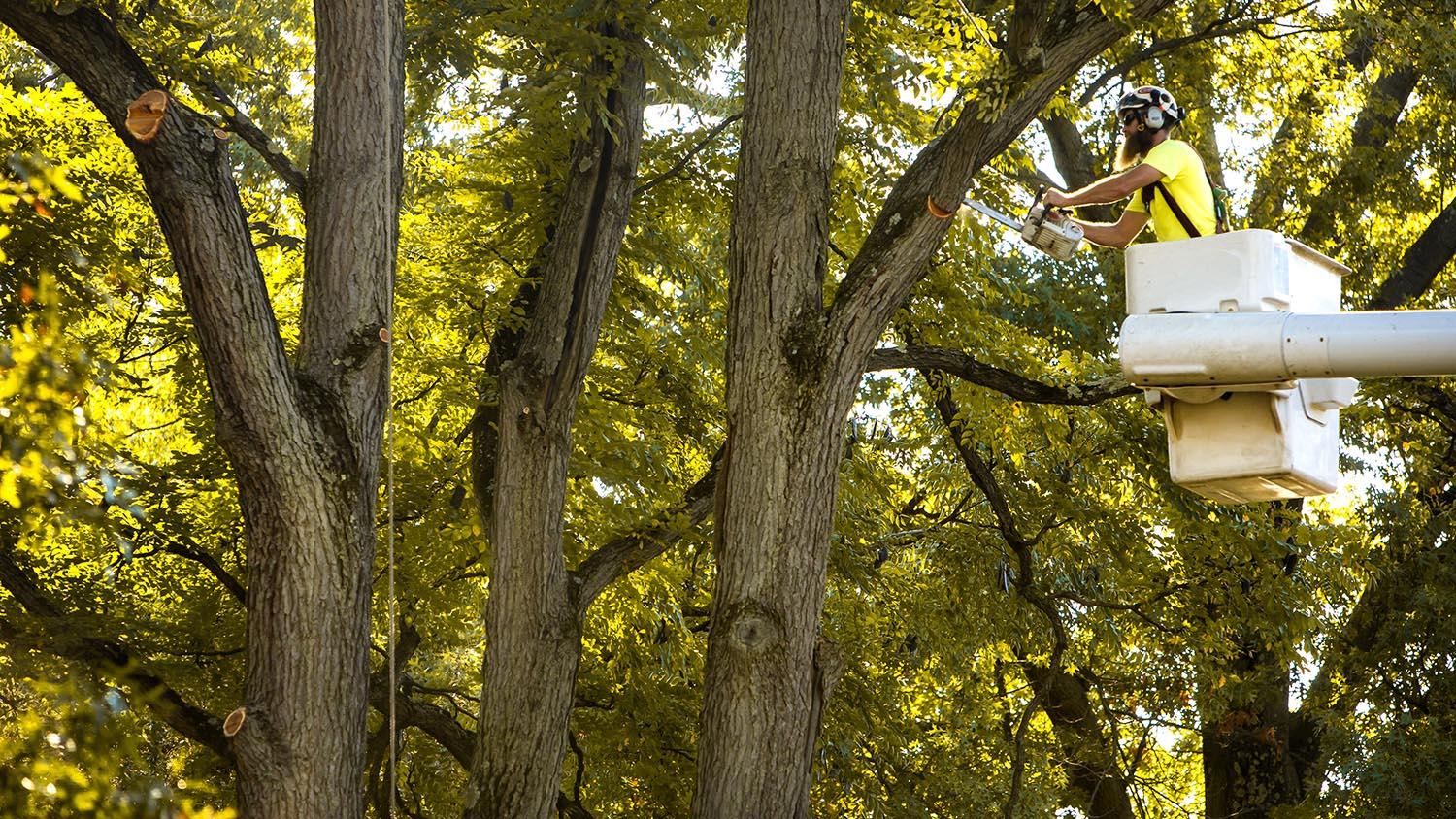 The 40-foot tree, known scientifically as Gymnocladus dioicus, was removed Oct. 3 by arborists from the Davey Tree company. Signs of decay had been evident over the past several years, and tests pointed to changes in the giant’s trunk that had weakened its structure and raised safety concerns.

“I hate to take down a tree,” says Mike Kanalis, director of Facilities Management at Cal U. “But safety is always our priority, and it was time.”

The tree is estimated to be about 135 years old, based on the 43-inch diameter of its trunk.

Its age can be determined more specifically by examining cross-sections of the trunk. Dr. Robert Whyte, of the Department of Biological and Environmental Sciences, has requested sections to examine and use in classroom activities.

Kanalis also is setting aside lumber for other faculty-led projects, including the children’s “sensory garden” outside Morgan Hall. In the past, programs such as technology education and applied engineering and technology have crafted decorative items from big trees that once stood on campus.

“We’d like to repurpose as much of the tree as possible, so we can keep it within the academic community,” Kanalis says.

Casey Marburger ’10, ’12, a member of the Davey Tree crew, remembers the Kentucky coffeetree from his time as a technology education major on campus.

“I’ve been on trimming projects with trees over 100 feet tall, but this is the biggest removal I’ve been a part of thus far,” he says. “This tree was near the end of its lifespan, and the slow decay was catching up with it.”

Walter Balla, of the Facilities Management staff, has been anticipating the tree’s demise. He’s been collecting the shiny, flat pods filled with hard-shelled seeds that give the Kentucky coffee tree its common name.

Nearly a dozen seeds have germinated, and seedlings are sprouting on sunny windowsills across campus. Eventually, Ballas hopes to plant the seedlings in protected spots on campus where they can grow and thrive.

The University plans to install a new tree – either another Kentucky coffeetree or a similar native species – near the same location behind Herron Recreation Center.

“The scenery has changed since I was a student,” Marburger says of campus. “Plant another tree here, and it could stand for another several generations.”