From Stats to Mysteries

Dr. Melissa Sovak, a professor in the Department of Math, Computer Science and Information Systems, is set to release a novel. 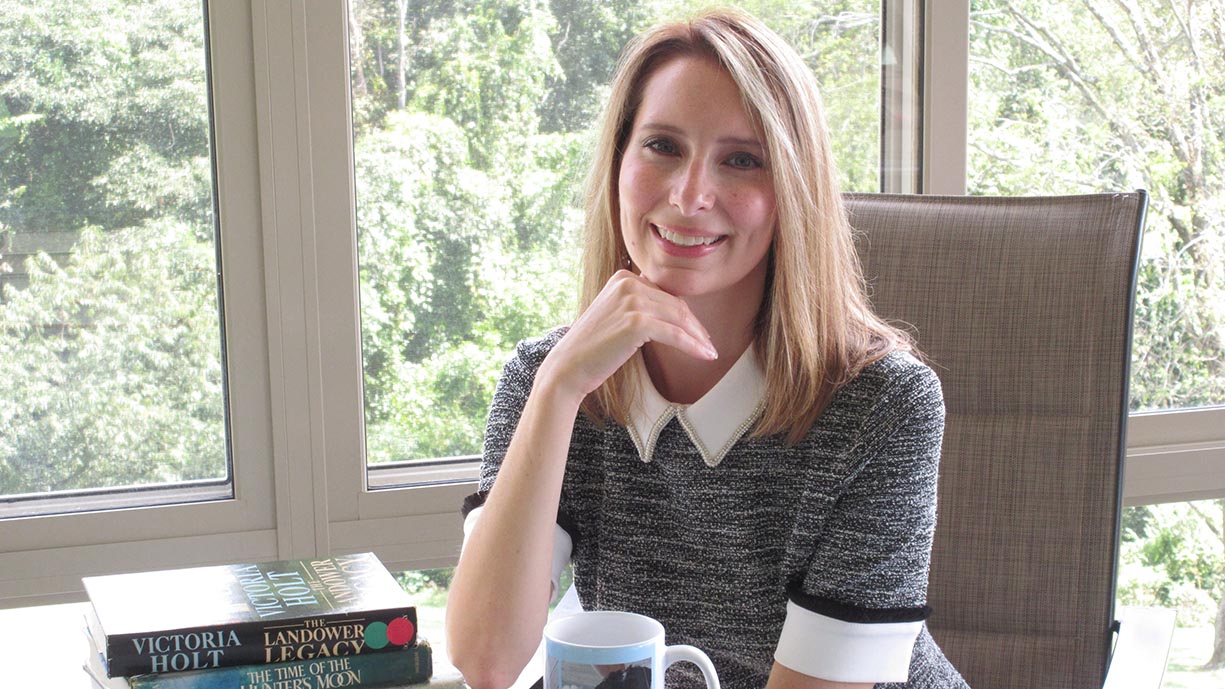 Statistically speaking, it’s unlikely that a math expert would publish a mystery novel under a pen name.

But the odds were favorable for Cal U’s Dr. Melissa Sovak, a professor in the Department of Math, Computer Science and Information Systems, who is set to release her first novel on Nov. 26.

The Secret of Dunhaven Castle follows Cate Kensie, an adjunct history professor at a local university, and her dog, Riley. Kensie inherits a castle in Scotland but must live in it first. She soon experiences strange occurrences as she tries to figure out the castle’s secrets.

“Cate quickly finds out this is not quite the fairytale she thought, and there’s much more to her inheritance than she realizes,” Sovak said.

Sovak decided to write the book as a surprise for her mother’s birthday in June 2019. To expand her views on how to bring characters and a story to life, she completed a five-class online creative writing certificate.

Beta readers — those who read and provide feedback on manuscripts before they are published — liked the book. So did her mom.

“Of course, she’s biased because she’s my mother, but she read it, liked it and so did the other readers,” said Sovak, who coordinates Cal U's B.S. in Statistics and Data Science program. “Hopefully many other readers will enjoy it, too.”

She is working on the second novel in a separate series. Shadows of the Past, featuring heroine Celine Devereaux, is scheduled to be published in early 2020. Sovak is consulting with Cal U’s Graphic Design Club for the cover design.

Sovak said she always wanted to write a novel because, while there’s considerable creativity in statistics, it’s not the same as telling a story.

“It’s a way for me to tap into my creative fire that I want to use and do things beyond the science field,” she said.

“For me, it’s a relaxing outlet. I often write at night before bed, and then I can’t sleep because I get so excited I want to keep going.”

Extensively published on topics such as statistical reasoning and color models for image decomposition, Sovak uses the pen name Nellie H. Steele for her fiction work. Her grandmother’s maiden name is Steele and her sister and Sovak’s great aunt, Helene, share the nickname Nell.

“There’s no secrecy involved with the pen name,” Sovak said. “I have publications professionally under my name and did not want people to Google me and see stats books and the Dunhaven book and be confused on one end or the other.”

Cate Kensie is not using statistics to solve secrets in the first novel, but there are elements of academia.

“As she goes through some rather strange experiences, Cate’s very research-oriented, keeps note sheets, research questions and is very science-y as she approaches things,” Sovak said.

“But she’s more into the liberal arts and history side of things.”

Sovak is pleased to have added fiction writing to her many skills.

“I’m used to writing and fixing other people’s code, and this is a complete contrast for me,” she said. “When I think where I was when I started this process last January, it’s really exciting.

The “Secret of Dunhaven Castle” can soon be pre-ordered as an e-book or paperback through Amazon, Barnes and Noble, Kobo, and Apple Books. For more information visit www.anovelideapublishing.com.