Students to Intern with Cleveland Browns

Two athletic training majors will join the team for the 2019 exhibition season. 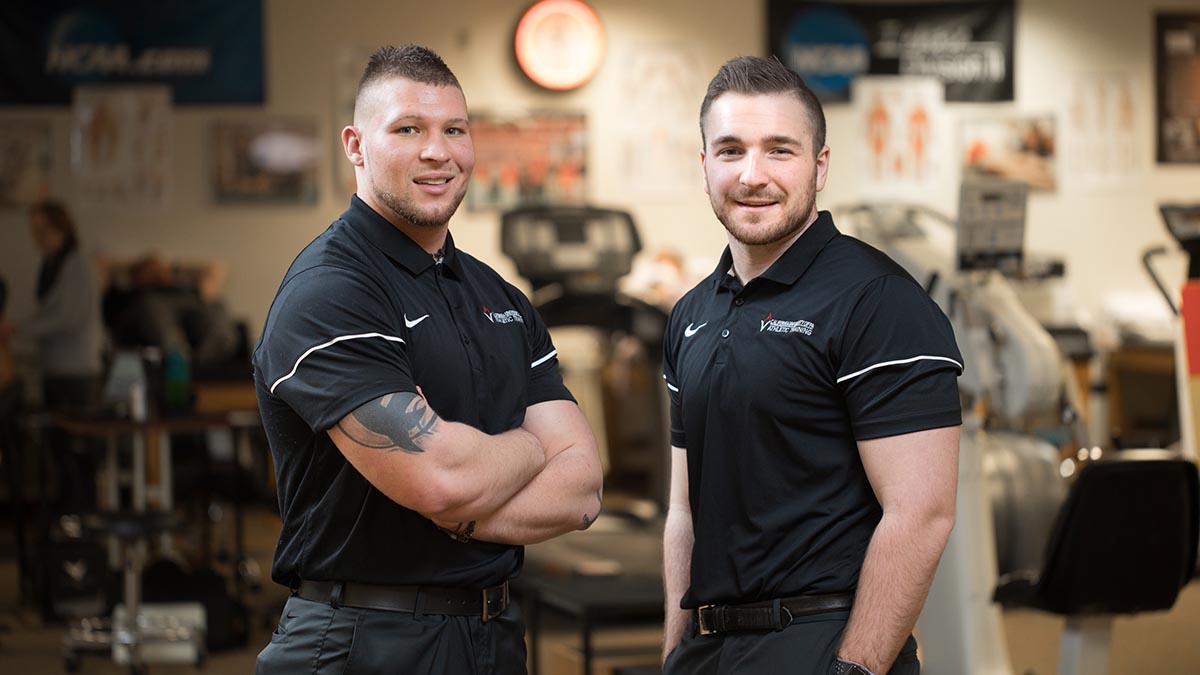 Josh Martin (left) and Sean Adams both secured internships with the NFL's Cleveland Browns for the 2019 exhibition season.

Faculty-student teamwork continues to place students in desirable internships. This time, two athletic training majors will be heading to training camp with the Cleveland Browns of the NFL.

Seniors Sean Adams and Josh Martin are scheduled to graduate in May with bachelor’s degrees in athletic training. They will work with the Browns’ athletic training staff beginning July 20 and lasting through the team’s four-game exhibition season.

The two have been “study and workout buddies” since their first year at Cal U.

“When I was offered the position, I sort of had to stop and think wow, this is really happening,” said Martin, of Hanover, Pa. “This internship is a great opportunity and such an important beginning.

“The many different experiences Cal U has provided make me feel completely prepared to tackle anything that comes my way when I get to this level.”

Adams, of East Setauket, N.Y., who interned last year with the Browns, has been accepted into Cal U’s master’s program in exercise science and health promotion. He will concentrate in performance enhancement and injury prevention with a certificate in nutrition.

He had never been to an NFL game before working on the Browns sideline last summer.

“I could never have a better first experience than that,” Adams said. “Going from a Division II school to the NFL was really something, but learning how to treat all kind of injuries that happen through different types of athletics has really been important.”

Adams and Martin are the most recent members of the Cal U family to star off the field on NFL teams.

“It’s really cool to work with a guy who has been in my shoes and to continue the pipeline through Cal U, especially now with Josh because we’ve been tight since our freshman year,” Adams said.

“Without the Cal U’s faculty and their contacts, I would have never had this internship or been able to get to the next level,” Adams said. “If you have good rapport with faculty, the doors are always open.”

“They have connections all over,” Martin said. “Cal is really a great place that helps get your name out there big time.”

Weary has taught Adams and Martin in many courses.

“It’s been so impressive to watch them grow, develop and be the professionals they’ve turned into,” she said. “On the educator side, you can provide all the opportunities, give all the information, but it takes the effort, will, motivation and drive from the students — and these two stand out and excel.

“We don’t make that call until the student proves themselves, shows their skills,” she said. “Fortunately we have good track records and our students are out there.”