'While many schools receive this recognition, I can say without hesitation that Cal U is a place where veterans feel welcome and appreciated,' says Cal U's vice president for Enrollment Management. 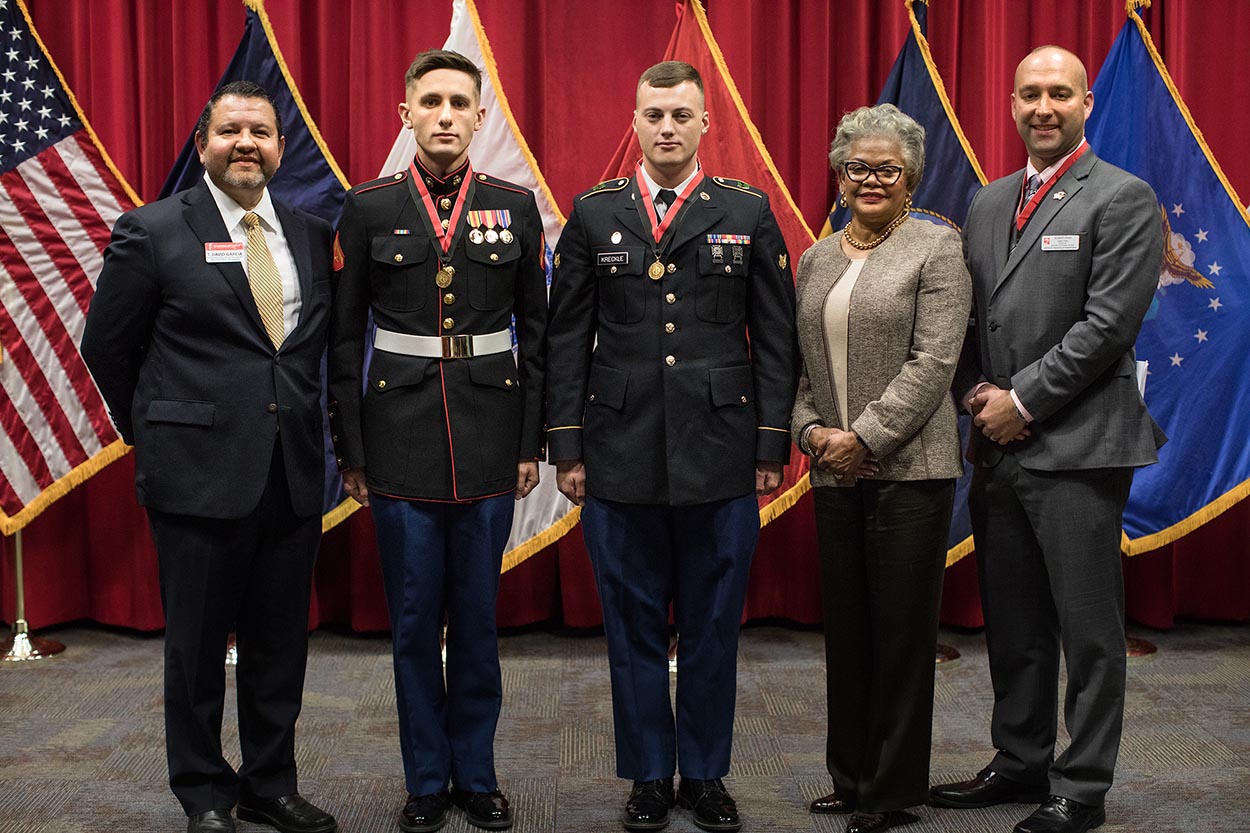 In a short amount of time, the guest speaker at Cal U’s 46th annual Veterans Day dinner has come to appreciate the University’s long-standing commitment to its military students.

U.S. Army veteran T. David Garcia, who began in March as Cal U’s first vice president of Enrollment Management, acknowledged Cal U’s distinction for the past 10 years as a Military Friendly® school, which measures an organization’s commitment, effort and success in creating sustainable and meaningful opportunity for the military community.

“Cal U is an institution that puts actions into words,” he said. “While many schools receive this recognition, I can say without hesitation that Cal U is a place where veterans feel welcome and appreciated.”

Garcia served six years in the 148th Bravo Company, located in Bowling Green, Ohio. From 1987 to 1993, he served as an infantry soldier and completed basic and advanced individual training at Fort Benning, in Georgia. Garcia earned the rank of E-4 Specialist before being honorably discharged after serving his commitment.

Through the assistance of military benefits from the Ohio Army National Guard, he is the first of eight children from his family to earn a college degree.

He praised the student veterans in the audience.

“This is your home away from home, and Cal U values you and what you bring to its community,” he said.  “Cal U is a richer place for you being here, and your experiences add to everyone’s learning.

“Continue to make Cal U a better place for future student veterans.”

Garcia added that those in the military are carry out missions as a team, regardless of ethnicity, race or religion.

“I would ask that we look out for one another, making sure that we all finish the mission of completing a degree and providing encouragement and support in times of need,” he said. “One person can make a difference, but as a collective group, the difference can be made quicker and have immediate impact.

“Veterans are resilient leaders, always fighting forward. Let’s continue to take the lead and make a positive difference in our campus and community.”

Since Sept. 11, 2001, more than 275 students, faculty and staff at Cal U have served in the U.S. military, including a number of students who have served multiple deployments in Iraq, Kuwait and Afghanistan.

“We have a long history of honoring their courage and sacrifice — and we wholeheartedly welcome those veterans and service members who join our University family,” said President Geraldine Jones during her opening remarks.

Since 1984, this scholarship has been awarded annually in memory of Bakewell, the first Veterans Club adviser. It is funded through the generosity of the Veterans Scholarship Fund 500 Club.

Robert Prah, director of the Office of Military and Veterans Affairs, awarded the Presidential Patriotic Service Medallion to Colten Kreckle and Morgan Sproul. Both returned to campus this August from deployments.

Kreckle is a junior criminal justice major who served on active duty with the Pennsylvania Army National Guard in support of Operation Enduring freedom.

Sproul is a sophomore psychology major who served on active duty with the U.S. Marine Corps Reserve in support of Operation Inherent Resolve.