A flurry of team and individual awards includes golf, cross country and volleyball. 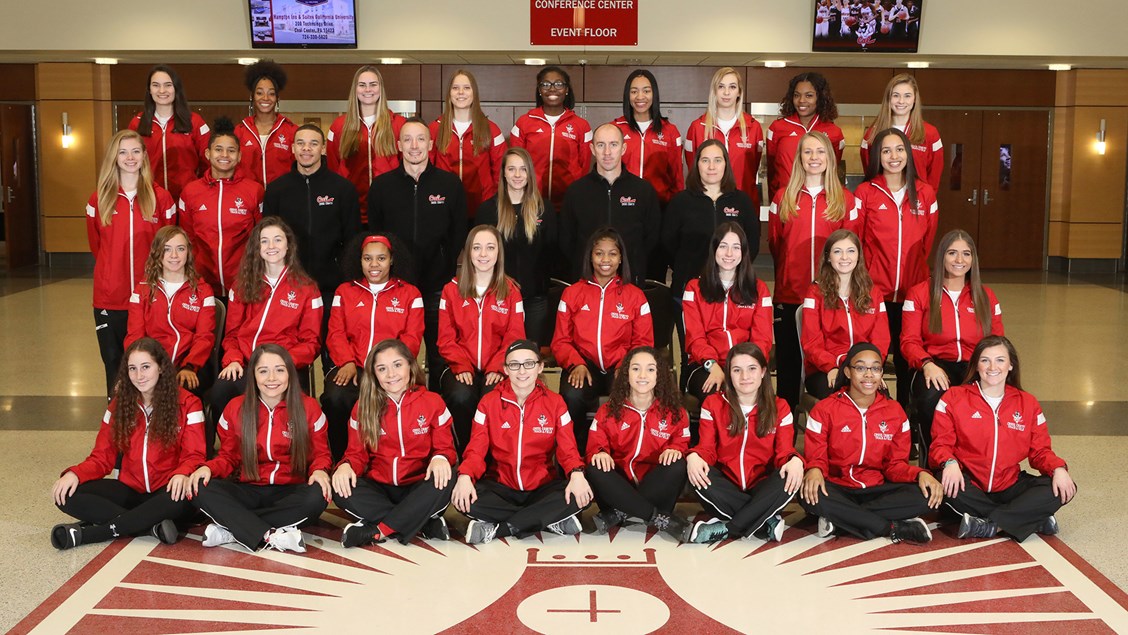 The award, which was initiated in the 1992-93 academic year, honors collegiate and high school volleyball teams that displayed excellence in the classroom during the school year by maintaining at least a 3.30 cumulative team grade-point-average (GPA) on a 4.0 scale or a 4.10 cumulative team GPA on a 5.0 scale.

The Vulcans were one of 10 teams from Pennsylvania State Athletic Conference (PSAC) to receive the academic award for the AVCA for the 2018-19 academic year. It marks the eighth time in program history that Cal U has received the honor.

In order to gain all-academic team status, a program must obtain a cumulative team GPA of 3.00 or higher. The organization recognized 79 men’s programs and 130 women’s programs this season.

The Cal U women’s track & field team received the honor for the ninth-straight season and for the 11th time in the past 12 years after posting a 3.31 GPA. On the men’s side, the Vulcans received All-Academic Team laurels for the first time since the 2016 campaign, and the fifth time in the past nine seasons, after recording a 3.04 GPA.

The Pete Nevins Scholar-Athletes of the Year, which are selected by the league's sports information directors, are presented to the top student-athletes who have achieved at least a 3.50 cumulative grade-point average (GPA) while competing at an outstanding athletic level. To be eligible for the Scholar-Athlete of the Year awards, a student-athletes must have been recognized as a fall, winter or spring PSAC Top 10 award winner in the same academic year.

Belko becomes the seventh overall recipient from Cal U, and the first since the 2014-15 academic year, to receive the honor. She joins former softball standout Kerry Novak, who was a starting outfielder on the 1997 National Championship team, as the only female recipients of the prestigious award in school history.

Belko maintained a 4.00 GPA while earning her master's degree in exercise science and health promotion (performance enhancement and injury prevention) in December.

Smith was one of only two recipients from the Pennsylvania State Athletic Conference (PSAC) this season, as IUP senior Matt Cocorikis, the PSAC Men's Golfer of the Year, also earned the laurel. Smith was part of a record-setting 540 student-athletes that earned the honor, including 112 golfers from NCAA Division II.

As a junior, Smith paced the team with a scoring average of 76.2 strokes over nine events this year. He tallied a team-best score four times while posting five top-15 finishes. The Hamburg product concluded the spring campaign by finishing 10th overall at the NCAA Atlantic/East Region Championships, marking the best finish by a Cal U golfer since 2013. Smith earned All-PSAC First-Team and PING all-region status for a consecutive year, while also receiving the PSAC Champion Scholar Award at the league championships during the fall.

Smith is first Cal U golfer to earn the accolade since Jordan Eck accomplished the feat in back-back years in 2014 and 2015.