The Campbell Trophy is awarded to the best scholar-athlete in the nation. 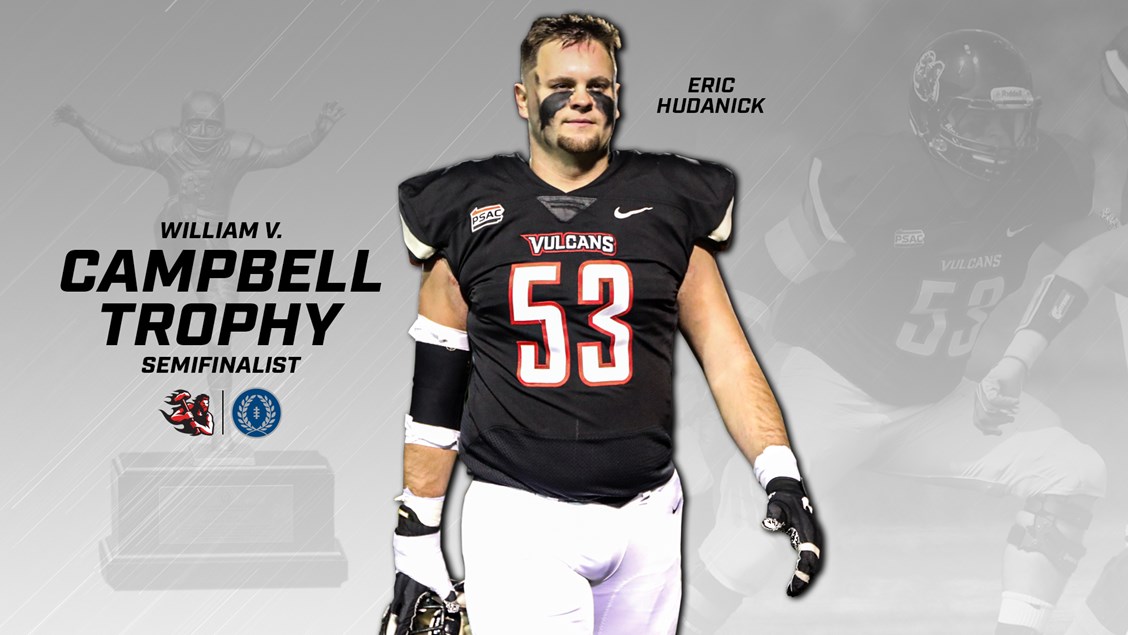 The Campbell Trophy, which is presented by the National Football Foundation & College Hall of Fame (NFF), recognizes an individual as the best football scholar-athlete in the nation.

Hudanick is one of 20 players from NCAA Division II, including just two from the Pennsylvania State Athletic Conference (PSAC), and an all-time record 199 collegiate players across all NCAA and NAIA levels to be named a semifinalist for the award.

Hudanick is currently pursuing his bachelor's degree in business administration with a minor in finance. He holds a 3.54 cumulative GPA and is scheduled to graduate in December.

The Vulcans have featured a semifinalist for the Campbell Trophy three times in the last five years.