John Fetterman will speak about the importance of student civic engagement at 4 p.m April 12. 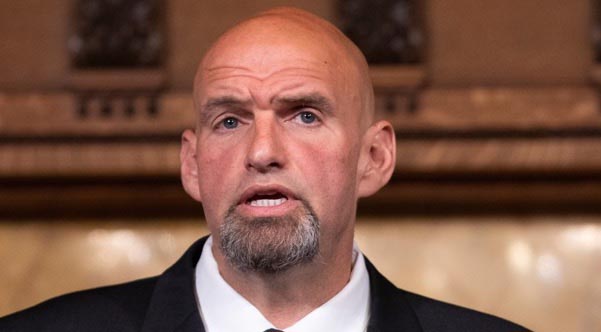 The American Democracy Project at Cal U will encourage students to vote in the May 18, 2021, primary during a virtual event with Pennsylvania’s lieutenant governor at 4 p.m. April 12.

John Fetterman, who has served in Gov. Tom Wolf’s administration since 2019, will address students from Cal U and partner universities Clarion and Edinboro ahead of the “municipal” primary election, which is held to nominate governing officials of cities, villages and towns.

Questions for him to answer may be emailed by March 30 to Dr. Laura Tuennerman, director of the American Democracy Project at Cal U, at tuennerman@calu.edu.

“The mission of the American Democracy Project at Cal U is to encourage our students to be active, engaged members of their communities, their states and their country after they graduate,” Tuennerman said. “With his experience as the lieutenant governor and mayor of Braddock, Pa., for 12 years, John Fetterman can certainly speak to the importance of voting in municipal elections.”

Fetterman is chair of the state’s Board of Pardons. He presides over the state Senate and chairs the Pennsylvania Emergency Management Council. He serves on special projects at the governor’s request, including a 67-county tour in 2019 to hear constituents’ opinions on legalized adult-use marijuana.