Student Works To Be Staged 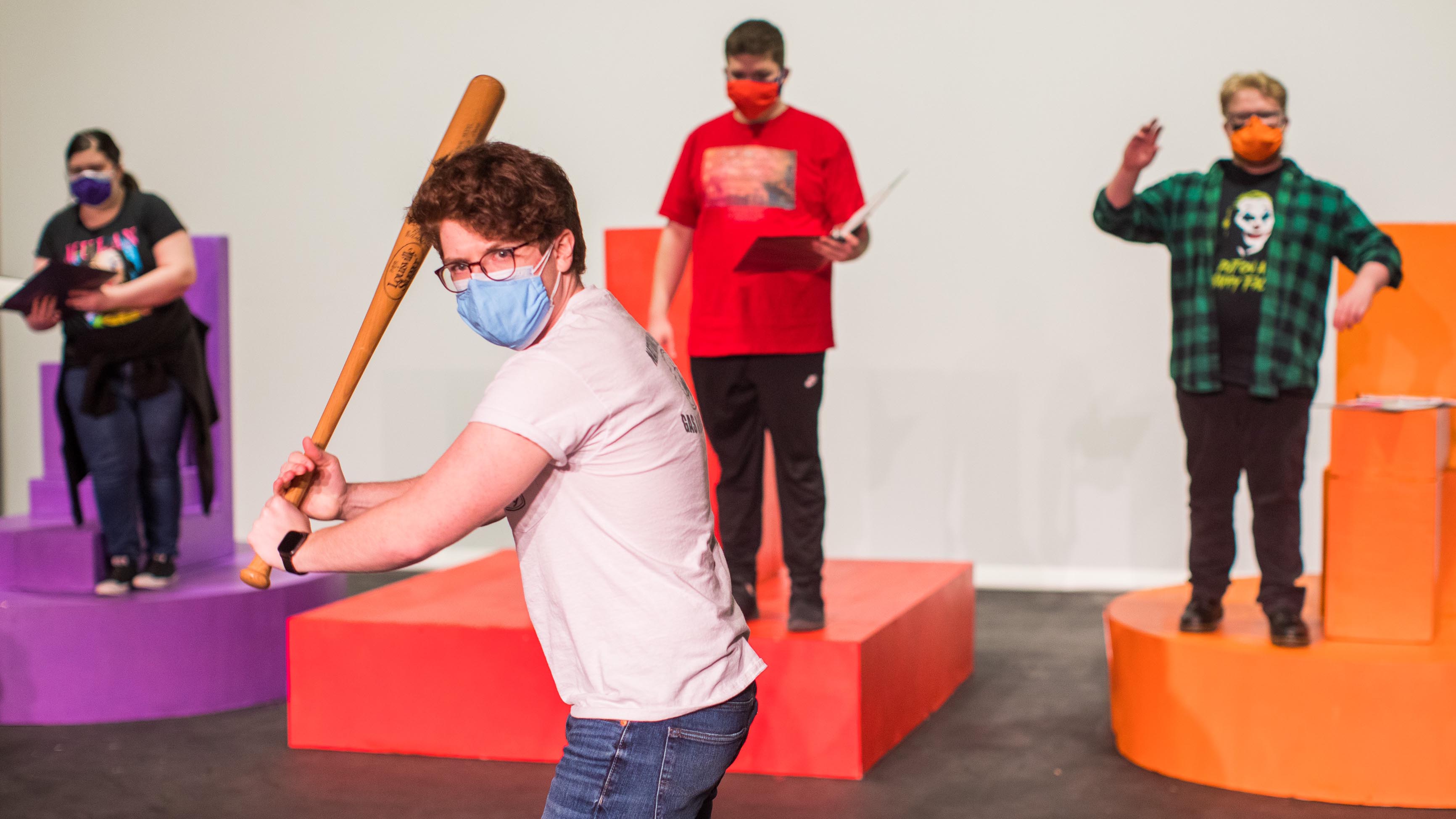 The Department of Culture, Media and Performance at California University of Pennsylvania will present a virtual Evening of Creativity at 7 p.m. March 26-27 and 2 p.m. March 28.

The two one-act plays — “Perspective” and “Black Cats and Blackberries” — were written, directed and performed by students in the Cal U theater program.

Students will perform the show together while following COVID-19 safety guidelines. There won't be an audience in Steele Hall, but the one-act plays will be filmed and available to view online.

“This is a capstone performance for our graduating seniors,” said Dr. J.P. Staszel, who produced both performances. “We have seven seniors in total working on this production for us. It’s all original work that highlights their abilities and development over their time in the theatre program.”

Perspective, set in Oregon, tells the story of Aiden, who shares top billing with the four different lobes, or sections, of his brain, each with a different point of view on events.

“Think Pixar’s Inside Out, but with a Quest Sawyer twist,” Staszel said.

Black Cats and Blackberries, set in 1692-1693 during the Salem Witch Trials, explores the consequences of drawing the wrong conclusions from an incomplete set of facts.

Having students perform on the Steele Hall stage as they are filmed is a step toward normal theatre operations, Staszel said.

“Our students are double-masked for rehearsals and performances,” he said. “And we became very aware of how much of a ‘normal’ performance involves hugging and high-fiving and close interactions and how that can’t be the norm right now.

“It has been so good for the students’ mental health to see people working with people as part of their craft. You can see how it’s revitalized them.”