At 68, a Bachelor's Degree at Last

Suzan Gingery fulfills a lifelong goal as she graduates with a degree in history at Cal U's 193rd Commencement. 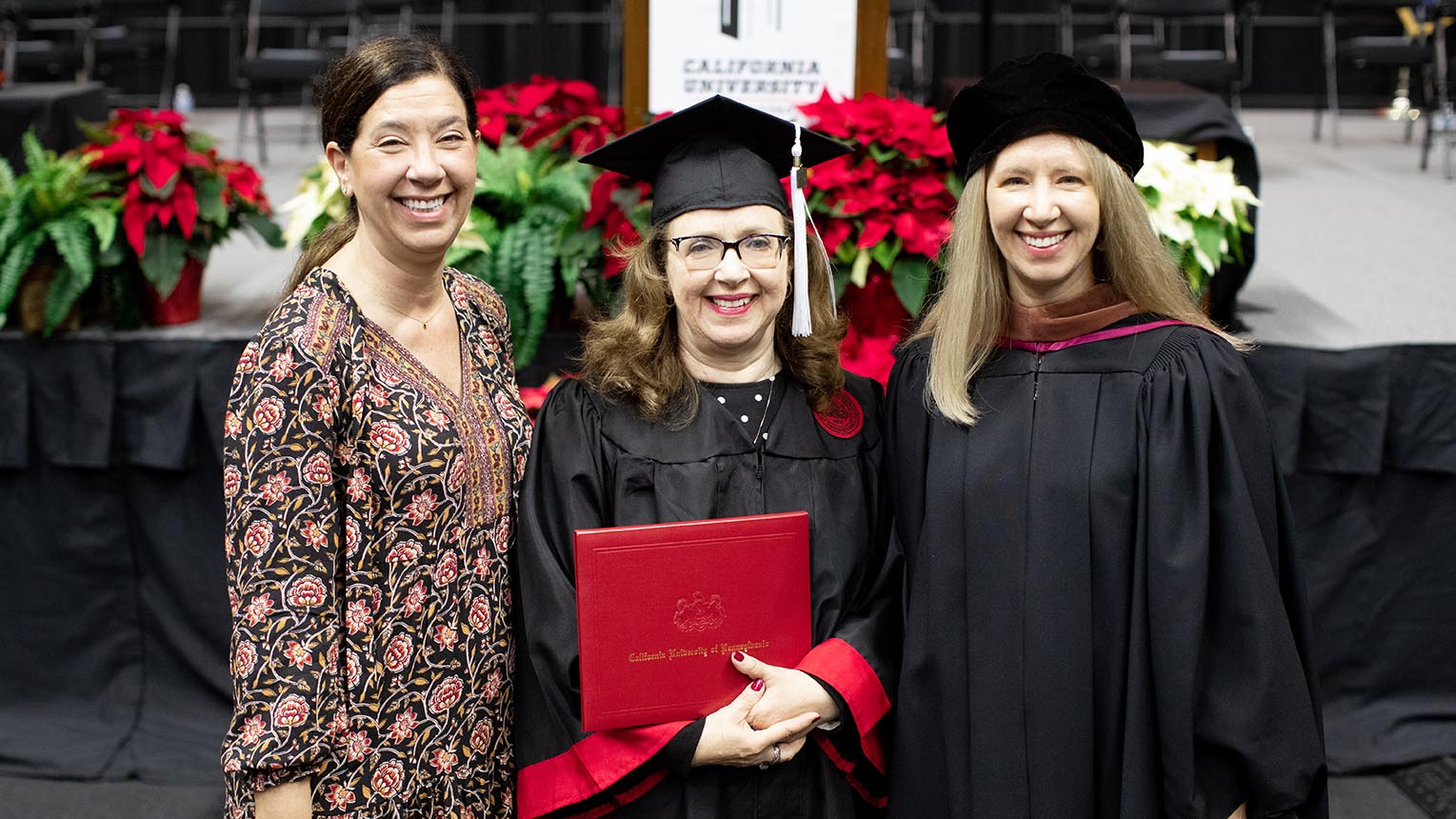 Suzan Gingery, of Greensburg, Pa., fulfilled a lifelong goal Saturday when she graduated from California University of Pennsylvania with a degree in history.

At 68 years old, she said the accomplishment took longer than originally planned, but that only adds to the satisfaction.

“It was always my intention to go to school, but life got in the way” Gingery said. “I had two daughters early in life, and I had a great job, and after I retired early, I decided to go back to school.”

She earned an associate degree from Westmoreland Community College in 2014. Cal U accepted the most credits, and she took advantage of the 60+ College Advantage Program, or CAP, which allows older students to attend the University tuition-free.

Gingery started in Fall 2019 and persevered when Cal U shifted to fully remote learning for most of 2020 in response to the pandemic.

“The school made it pretty easy for me to do that,” Gingery said. I was able to download Zoom and just take my courses. I’d much rather see people in person, and I may even learn better in person, but I was able to just switch over.”

At Cal U, Gingery was among a group of students who worked with history professor Dr. Laura Tuennerman to research suffragettes from West Virginia. The project was for Alexander Street Press’ Online Biographical Dictionary of the Woman Suffrage Movement in the United States.

Seven have been published so far, including Gingery’s work on Izetta Jewel. Read the biographical sketch

Another on Daisy Stephenson Peadro is forthcoming.

“I admire Dr. Tuennerman so much; she was so supportive, and her classes were very interesting,” she said.

Gingery was thrilled to share her achievement with her two adult daughters, one a vice provost and dean at Stevenson University and the other a district manager for a restaurant chain.

“My kids have six degrees between the two of them,” Gingery said, with pride.

She and her husband enjoy traveling — 43 states and 10 countries and counting — and she would very much to apply her education as a docent at one of the region’s many museums.

Her best advice as an older grad: “Do this when you’re 30. You’re going to turn 40 anyway, do that with a degree.”