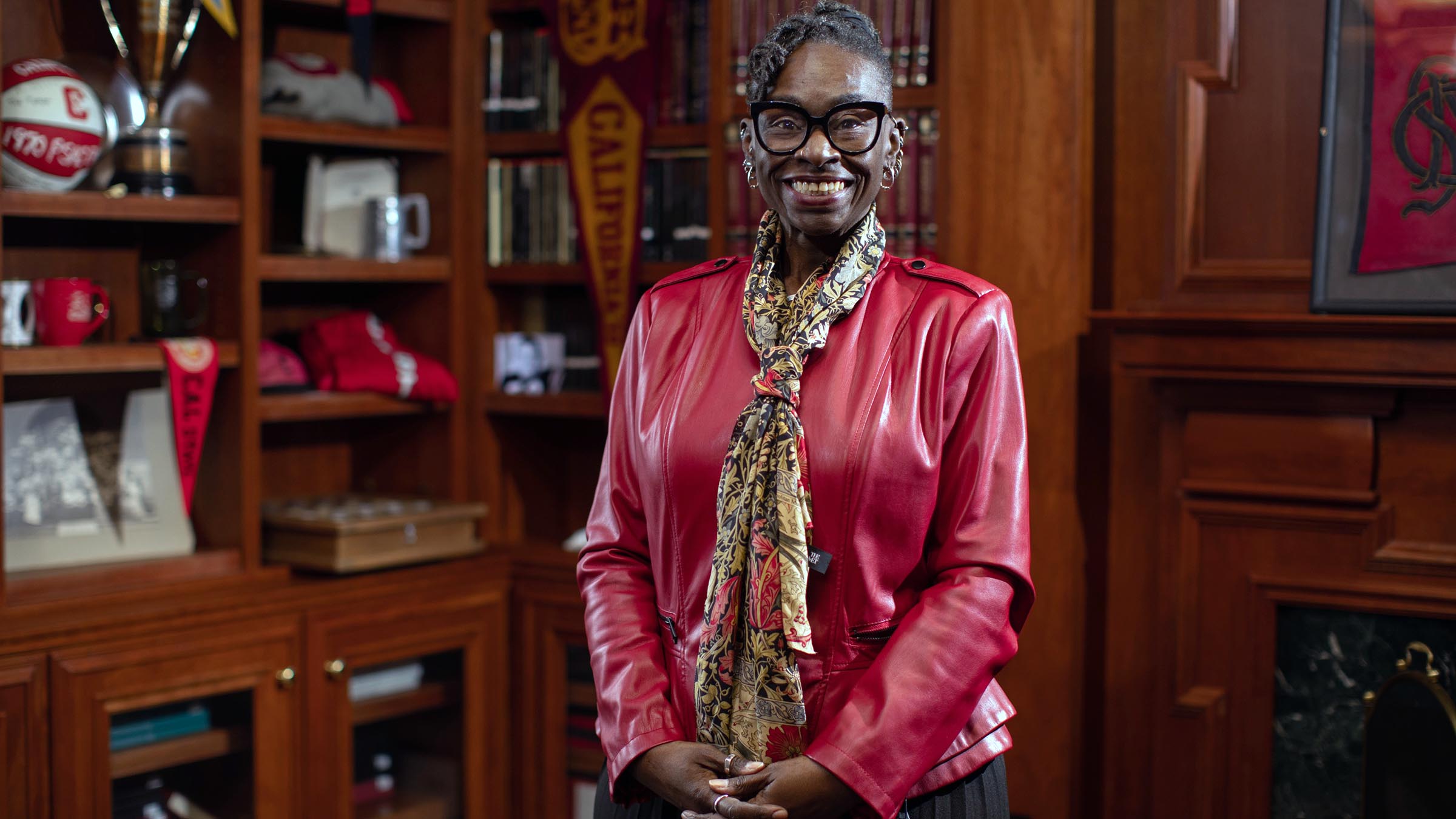 As a student and throughout her 20-year career at Cal U, Sheleta Camarda-Webb says she “always felt heard.”

As the University’s interim Chief Diversity, Equity and Inclusion Officer – a new executive  leadership position – she is working to ensure that all students and employees have that same opportunity.

Camarda-Webb begins her new role Feb. 15. But she has been fostering, mentoring and advocating for students since 1986, her sophomore year at California, when she became a resident assistant in Clyde Hall.

“Their student-centered focus was infectious,” Camarda-Webb recalled. “The higher education bug bit me, and I never looked back.”

After graduation, Camarda-Webb took a job at Potomac State College in West Virginia, then “came home” to Cal U as a residence hall director in 1991.

Since then she has worked primarily in residence life and diversity education, most recently as associate director of on-campus living and director of Cal U’s Office of Diversity, Equity and Inclusion (DEI).

Along the way, she earned a master’s degree in secondary education/social science at Cal U, and she’s working on a second master’s degree, in marriage and family therapy, online at Northcentral University.

Discussions about race and cultural identity, LGBTQA+ issues, power and privilege have long been at the heart of Camarda-Webb’s work.

“Many students come to Cal U from places, either rural or urban, where nearly everyone looks like them,” she said. “Here, they have an opportunity to reflect on who they are, and learn to appreciate the differences among us.

“They can have a conversation, find common ground, with so many different people. And from that grows a greater understanding.”

California has embraced diversity, equity and inclusion for decades, she noted. The Black League, founded in the 1970s, is the forerunner of today’s Black Student Union. In the late 1990s, Camarda-Webb became the adviser for the Rainbow Alliance, where gay, lesbian and transgender students and their allies sought her help to organize the Safe Zone Allies Program that continues today.

In 2015 she was appointed director of the DEI Office, housed in the Multicultural Center, and in 2019 she was named co-chair of the University’s Presidential Advisors for Diversity, Equity and Inclusion.

“This has always been a part of our mission. But today, we are more intentional about how we approach DEI,” she said.

To bring these issues to the fore, the State System of Higher Education appointed Dr. Denise Pearson as its first vice chancellor and chief diversity, equity and inclusion officer in August 2020.

In her new role at Cal U, Camarda-Webb will work with Pearson and DEI officers across the State System to address topics that affect the entire university community.

“The (DEI) focus has been primarily on students, but as faculty and staff, we also have to be comfortable being who we are,” she said.

“Each of us holds multiple identities – race, gender and so much more. We have to be able to live and learn, educate and excel in an environment where we all can be our authentic selves.”

Interim University President Robert Thorn has committed funding to support the new DEI Office and named Camarda-Webb to his Cabinet.

“Diversity, equity and inclusion must be at the forefront of our thinking as we make decisions about our University and its future,” Thorn said. “We must do more than talk about these issues. We need to take steps toward creating a more diverse and inclusive campus community.”

A website presence, a new mechanism for reporting and responding to incidents of bias, and partnerships with local and regional organizations are on the horizon for the new DEI Office.

But Camarda-Webb’s first priority is to create a DEI Strategic Plan. It will be informed by research, including a campus climate survey conducted in 2019, and best practices in the field. The voices of students and employees also will help shape the plan.

“Data is important, but so are the people in the story,” she says. “Truth is in the voices of those individual experiences.”