A ceremony was held June 24 to honor the achievements of 13 graduates. 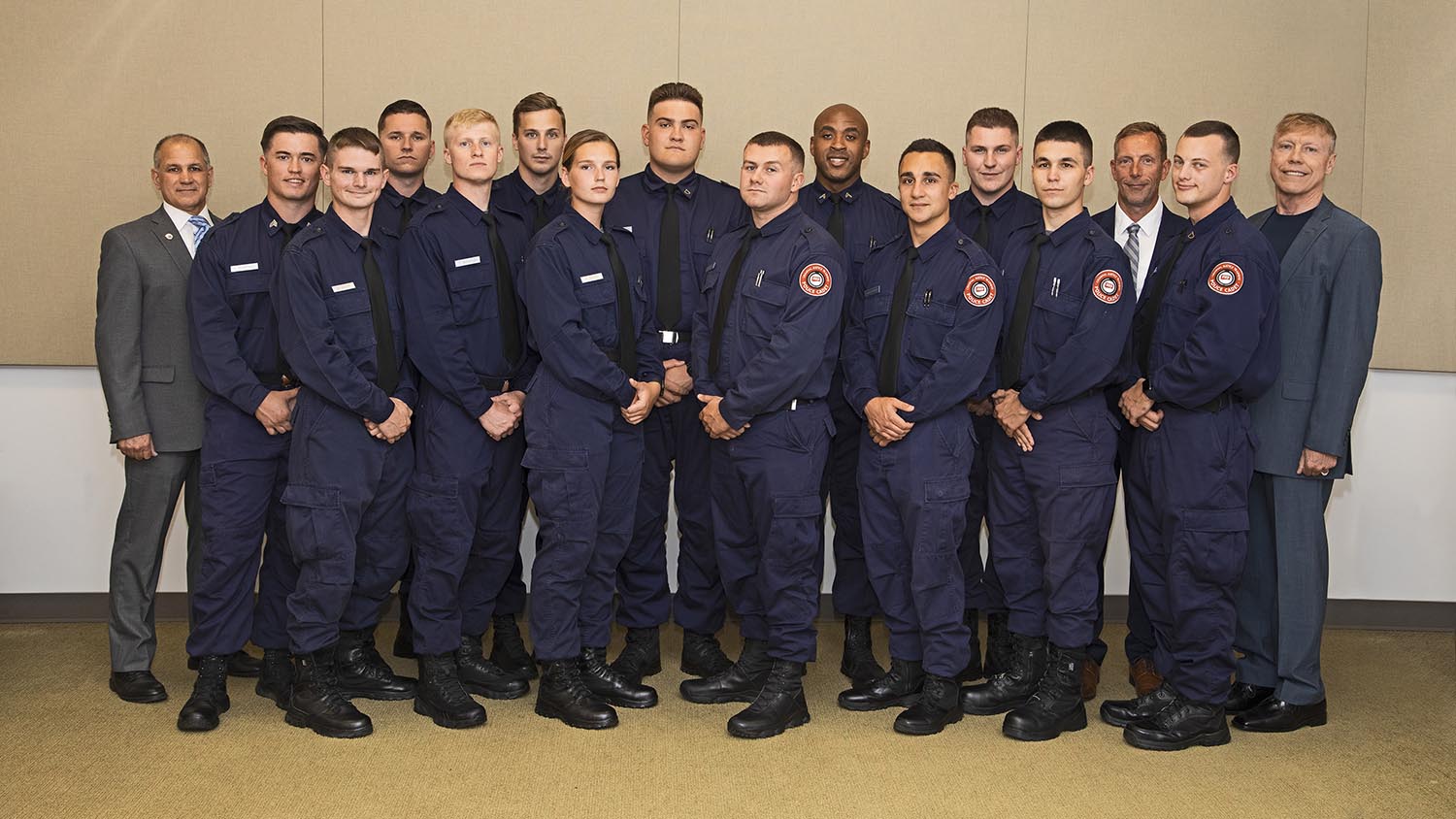 Cal U held a ceremony on June 24 for 13 cadets who graduated from Cal U’s full-time IUP Police Academy.

Each of the 13 cadets completed more than the 920 hours of training required to earn Act 120 Municipal Police Officer certification, which is required for employment as a police officer in Pennsylvania.

Dr. Michael Hummel, a professor of criminal justice at Cal U, an instructor at the academy and a part-time police officer, addressed the graduating class.

“Never forget your role as a police officer in your jurisdiction; you are the first line of defense,” Hummel said. “Be ready to resolve conflict in the most rational, legal and equitable way possible.”

The academy is certified by the Municipal Police Officers’ Education and Training Commission (MPOETC), which sets certification and training standards for Pennsylvania’s municipal police officers. The academy was recently accredited by the Commission on Accreditation for Law Enforcement Agencies.

The satellite program at Cal U, coordinated by Dr. Christopher Wydra, assistant professor of criminal justice, is offered in partnership with the Criminal Justice Training Center at Indiana University of Pennsylvania.

Arnel Farmer Jr. graduated from Cal U in 2017 with a degree in business administration. He spoke of his reasons for wanting to become a police officer.

“I’m from the Pittsburgh’s Hill District,” he said. “Many of my childhood friends are dead or in jail, and there are lots of kids without moms or dads. I want do something that is bigger than myself. It is a very noble profession.”

For Anthony LeDonne, who will graduate from Cal U in December with a criminal justice degree, a life-long dream has been realized.

“I always wanted to be a police officer,” he said. “And having a bachelor’s degree is going to take me further. I can see myself like Dr. Hummel or Dr. Wydra, maybe teaching one day.”

In addition to their certification, police academy graduates are awarded 15 college credits at Cal U. Those who enter the academy without a degree can apply those credits to the B.S. in Criminal Justice or the associate degree in applied policing and technology. Both the bachelor’s and associate degree programs are available on campus or online.