'The Souls of Clayhatchee: A Southern Tale,' by Dr. Anthony Todd Carlisle, is due out May 4. 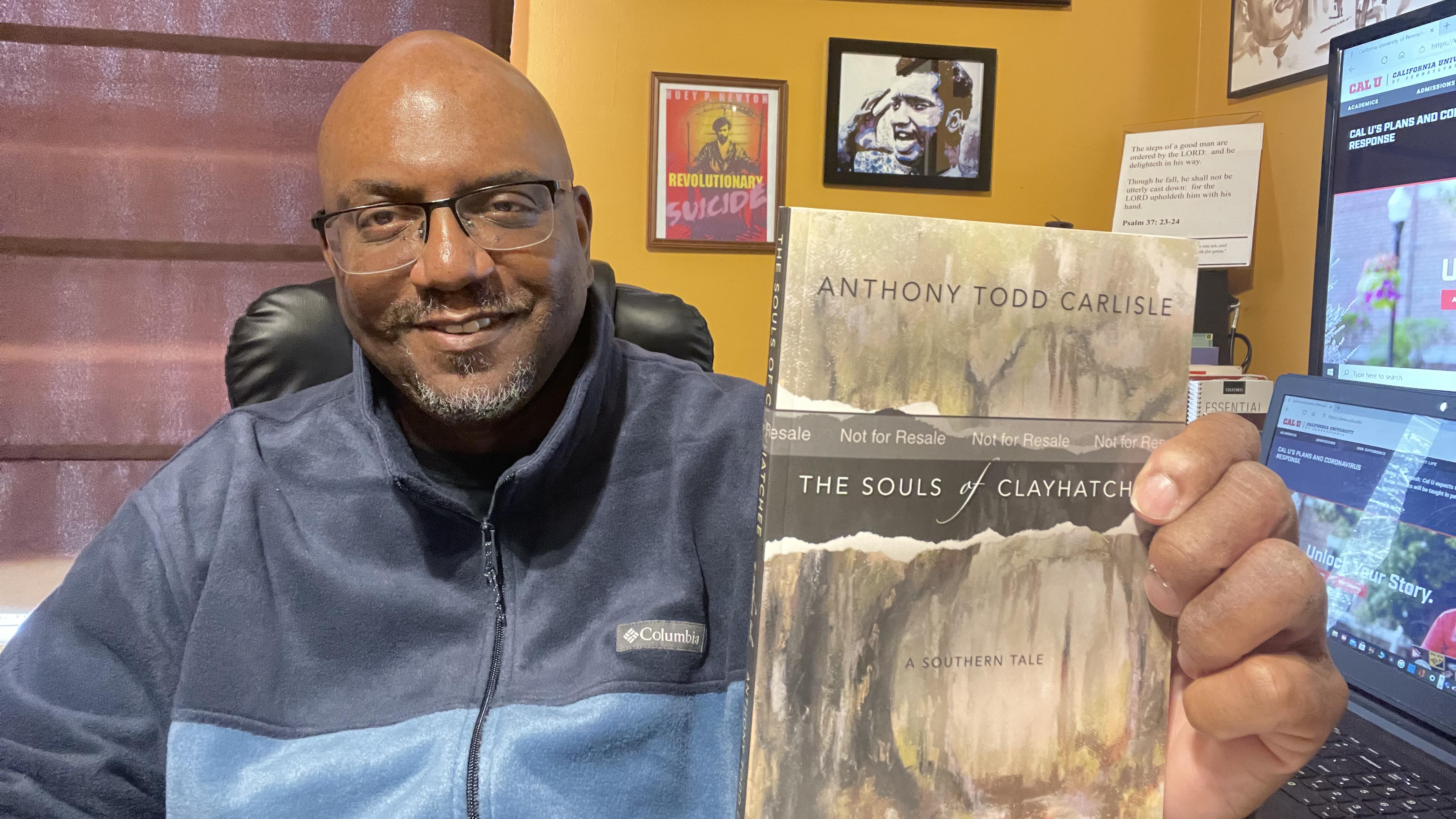 “You write about what you know,” Dr. Anthony Todd Carlisle tells his students at Cal U.

In his first novel, The Souls of Clayhatchee: A Southern Tale, Carlisle has done just that, drawing on his experiences as a Black journalist with family ties in the South.

The Souls of Clayhatchee is scheduled to be released May 4. To order, visit https://hiddenshelfpublishinghouse.com/coming-soon/ or any online bookseller.

The mystery is set in a small town in Alabama, where James Kingsman, a Pennsylvania native, goes to bury his mother. His notions about his Southern relatives are turned upside down as he makes long-hidden discoveries about his parents.

“I think the book deals with a lot of issues at the forefront today that we have never really stopped dealing with,” said Carlisle, an associate professor of in the Department of Culture, Media and Performance.

“Divisions along racial lines, brutality, systemic racism — these are issues that we must continue to address.

“It also deals with family dynamics and conflicts within families, particularly family members who have differences in economic standing. What does family mean? I am very interested in the black migration experience: What prompted the move, the tension between those born in the North and those born in the South.”

And yet, the book is fiction — “the main character is better reporter than I was,” Carlisle deadpanned — which gives the journalism expert another area of credibility with students.

“If you’re a writer, you’re a writer. This is just a form,” he said. “I was always interested in fictional writing, but I’m also a practical guy, and journalism gave me the best chance to make a living. All writers must be accurate and make sure they’re doing the research so their work is authentic.

“My experience as a journalist came to bear in this book. I was able to talk about a preliminary hearing because I’ve covered them. It helps to draw on what you know in order for the work to be authentic.”

Becoming a published novelist fulfills a career goal for Carlisle, who began writing it shortly after being deployed to the Middle East with the U.S. Army Reserve in 2003.

The process comes full circle as Carlisle applies his new experiences in writing, publishing and marketing his book to his primary job, as an English professor.

“When you see someone who’s done something, that’s inspiring,” Carlisle said. “We encourage students to publish and to put their stuff out there in a variety of ways. It is attainable for them. This process has added something else to what I do, and it makes me fuller as a professor.”