The Esports Zone for students opens in Natali. 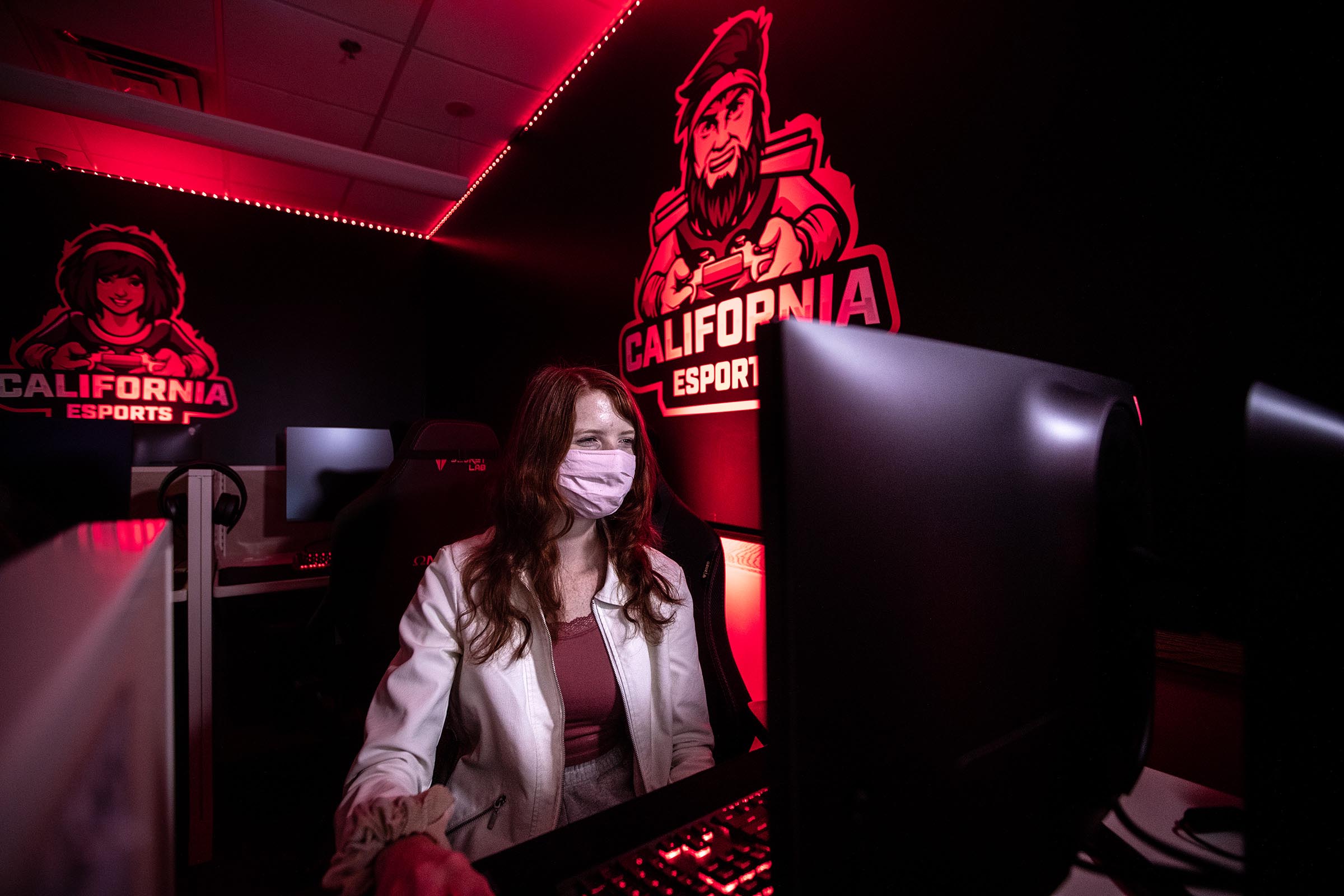 Lindsey Phillips, a first year student, checks out the offerings on a pc in Cal U's new Esports Zone, located in the Natali Student Center.

A new on-campus space for students interested in competitive video game-playing is now online at Cal U.

The Esports Zone, located on the first floor of the Natali Student Center, officially opened Feb. 22.

The space is designed for students to play video games together on state-of-the-art consoles and PCs. It also includes a TV so students can stream Twitch — a service that focuses on videogame livestreams, including broadcasts of esports competitions.

“Gaming is not just about playing the game itself,” said Tom Hasbrouck, assistant director of Recreational Services. “It’s also about the friends, fun and memories you make along the way.

“We hope that this will become a space students enjoy and use to its full potential.”

The opening of the Esports Zone involved multiple departments at Cal U. University Technology Services helped with purchasing the Alienware gaming PCs and updating software to play the most popular competitive games, such as Rocket League. Recreational Services assisted in purchasing new gaming chairs for the PCs, and the Vulcan Gaming Club helped with layout and specification requirements.

In addition, two new designs of Cal U mascot were created the University’s Creative Services team for the Esports Zone.

The new graphic versions illustrate that gaming is for everyone, Hasbrouck said.

Vulcan Gaming Club President Mike Singer helped cut the ribbon with the rest of the Gaming Club’s committee. He said the project was a long journey, but he’s excited to see the Esports Lounge come to fruition.

“I really can’t thank everyone who helped along the way enough,” he said. “The place is amazing.”

“We have made this dream a reality,” she said. “I cannot thank everyone enough for their help.”