FROM: The Office of Multicultural Affairs and Diversity Education
RE: Celebrate Hispanic Heritage Month- September 15 - October 15- Inter Caetera- The Treaty of Tordesillas
Sent: 9/17/2019 7:16:11 AM
To: Students, Faculty, Staff 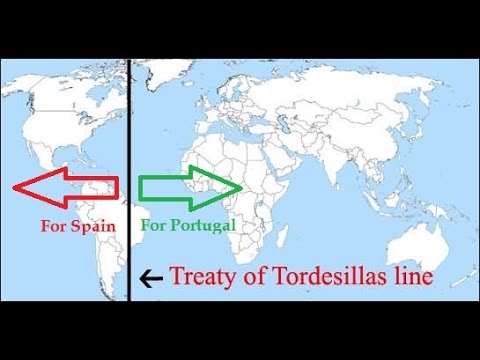 Inter Caetera: The Treaty of Tordesillas

It’s almost common knowledge that “Christopher Columbus sailed the ocean blue in 1492.” But did he? Well, he got there, for the Spaniards, without realizing that the native land us Americans call home was Portugal’s land first. Portugal had laid claim to all lands west of a particular longitude line. By entering that area, Columbus had breached previous papal bulls or laws on the governance of land. When Columbus returned to Spain, he reported success to Spanish monarchs. At this time, Spain and Portugal were at odds with one another.

It was here that Pope Alexander VI, a Spaniard, was asked to issue a papal bull that was pro-Spain, and that he did. While the Portuguese suggest three revisions—two fell short. The final variant became known as the Inter Caetera. With this decree, the Spaniards were able to spread the faith or lay claim, towards the west, from territories one hundred leagues to the left and south of the Azores and Cape Verde. This historical event remains significant to Americans because this bull and the following Treaty of Tordesillas is responsible for splitting the Americas reflected in 'today's maps and globes. This region, modern-day Brazil, retains it's the native language of Portuguese. The Spaniards were able to continue with their northern endeavors and contribute in some ways to North America.   ~F. Rivera

For more information on the Inter Caetera papal bull: